Click on a title to hear music from the book. (You will be taken to YouTube in a new tab) 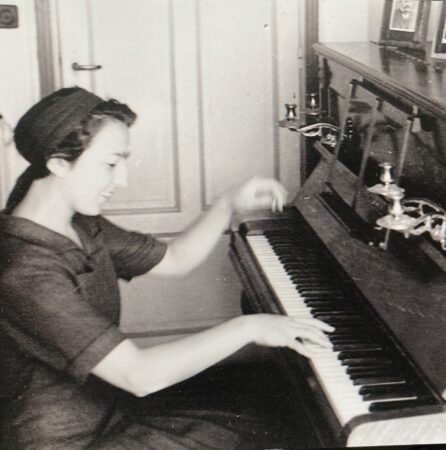 “Which Way Is Home?” is based on a true story from a time period and country that many readers may not know much about. This is a brief explanation of my mother’s family and the history that led up  to the circumstances describe in the novel.

My mother’s family was active in the political life of the Czech nation for several generations. Her maternal grandfather, František Udržal, was first a member of parliament in the Austro-Hungarian Empire, representing his native region of Eastern Czechy. In 1918, after WW I when Czechoslovakia was established as a sovereign nation, with Tomáš Masaryk as the founding president, Udržal served as Minister of National Defense and later as Prime Minister from 1929-1932.

My mother’s father, Břetislav Moravek, was Udržal’s secretary while in Law School. He married Udrzal’s daughter Libuše and became a diplomat in Berlin and Paris. In 1938 Moravek returned home to join his nation, ready to fight Nazi Germany. Because of the Munich Agreement the Czechs were not able to fight the Nazis and the Germans dismantled and took over Czechoslovakia. As Nazi troops were advancing towards Prague, the Czechoslovak government, headed by Evard Beneš, flew to exile in London.

My mother’s father and her uncle, Arnošt Koštál, both went into hiding and worked for the underground Czech resistance. Arnošt Koštál was closely involved in Operation Anthropoid, the plot to assassinate Reinhard Heydrich who was the architect of the “Final Solution” which led to the genocide of the Jews.

Břetislav Morávek worked with Alois Eliaš, who was put in place by the Germans to act as the head of the “puppet government” in Prague. Eliaš was executed when the Nazis discovered the underground activity of his team and the connection with the exiled Czech government in London. Moravek escaped and eventually started working for the Ministry of Agriculture. He was in secret communications with the exiled Czech government in London and with the BBC to inform them of where the Nazi munitions factories were in the Czech countryside so that the British could destroy them.

Koštál was killed by the Nazis for his involvement in the assassination plot of Heidrich, but Moravek made it through the war and was hailed as a hero both by the Czechs and, at first, by the Russians who had helped liberate Czechoslovakia. However, the Russians turned against him when he refused to join the Communist Party. After the death of Jan Masaryk, son of Tomas Masaryk and last standing government official representing a democracy, was declared a suicide by the Communists, Bretislav Moravek took the evidence that the death was actually a murder ordered by the Communist government, and escaped from Czechoslovakia. He hoped that the evidence he had would convince the French to help overthrow the Russians.

His wife, (my grandmother) with their two children, (my mother and my aunt), followed him into exile a few months later.

Which Way Is Home? is based on the story of my mother’s escape. During the Summer of 1948 when she was eleven years old, my mother left almost everything and everyone she had ever known behind and began a journey to the unknown. She and my aunt and grandmother were hoping to be reunited with my grandfather. They traveled with the help of strangers they had no choice but to trust. They overcame danger and formed bonds that changed their lives forever.

Four years ago I recorded my mother telling her story to my children. She began the story by saying, “This is the story of how you all came to be.” After listening to the recording I decided to write “Which Way Is Home?”. I embellished some of the plot and characters, but the historical elements are true and much of the story happened as I have written.

The House in Roven